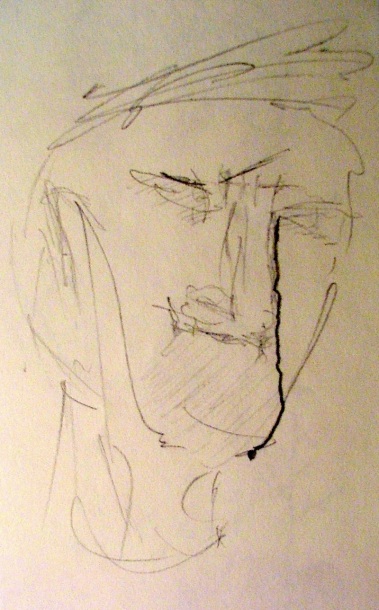 And… intensity at work, lack of sleep, church home group beginnings, Fall TV premieres, a trip with the lady to meet the parents, and two weeks later, I find myself here, computer atop my lap, typing these words over a bowl of stove-top-made oatmeal. I’m ready to pick this blog post up again after more facebook, blog comments, and text messages than usual asking when the next post would be. This sets up a pressure under which I don’t work well, but it’s a pressure I feel is appropriate to bring up considering the content to follow.

In my last post, I unpacked a bit of my own story which has led me to often be perceived as an arrogant overly-sure man–and indeed I see this in myself often. But I went on to point out how this arrogance is not necessarily at its root sprung from pride or over-confidence, but rather a deep fear and insecurity that at the end of all things I wouldn’t be found pleasing to the God I know I love.

My background in the South hard-wired in me that “right-living” and “right-beliefs” were the ways to be pleasing to God, and this led to a hyper-sensitivity to my own shortcomings and an arrogant judgmentalism (or at least pity) of those that disagree with me on other issues. This is modernism (and empiricism) at its most damning and dangerous: the fundamental reality of who you are is defined by your actions–that which can be measured, seen, touched, and observed; further, the self-contained and systematic nature of truth means we can know most things fully and can therefore separate those that believe “right” things from those that believe “wrong things”. I jumped into this mindset with all that was in me.

But, to be sure, there have been subsequent moments, people, pains, books, sermons, blog posts, classes, and words poured into empty coffee mugs that have given an over-arching pause to this outwardly expressed, well-ingrained arrogance. I remember the year when my mom bought from a magazine this cross to go on the wall not knowing it was Lenten cross accompanied by a book of Lenten prayers. I read that and knew that what my parents had been whispering behind my Sunday School teachers’ backs was true: Catholics are most certainly Christians. Even after my parents gave up going to church after being hurt by it so often, my mother was still the most faithful woman I’d ever known in spite of the vehemence with which my pastors would rail against such living.

In my freshman year of college I went to an amazing church service and sat down for coffee with the pastor the next day to “check out” his doctrines and “consider” joining the church (yes, as a Freshman). In a five-minute span after a question I gave him about the “end-times”, he humbly and completely deconstructed all that made me doctrinally a Southern Baptist. I found myself wrong about the Sovereignty of God; wrong about Spiritual Gifts; wrong about the Bible. A couple of years later I was taken through church discipline because of interpersonal wrongs I was blindly committing against others. I went to seminary and found out that even more of what I held so dear was so wrong.

Over these years, in God’s mercy towards me, I have been humbled in such numerous ways and at such various times that I really have been well-acquainted with that which post-modernism has been telling us for a while now: I am finite. I cannot do enough, know enough, read enough, or be enough to justify an unquestioning confidence in everything I think I know. There have been countless amazing men around me that have kept my overzealous self at bay telling me at every turn: you are young, you are arrogant; this is normal and okay. Just sit tight and don’t put yourself in front of too many people while you’re still a little crazy.

And this has had profound effects on me, both for better and worse. Monday, I will finally conclude this with the most recent and relevant revelations into my thinking and how this will affect the blog.