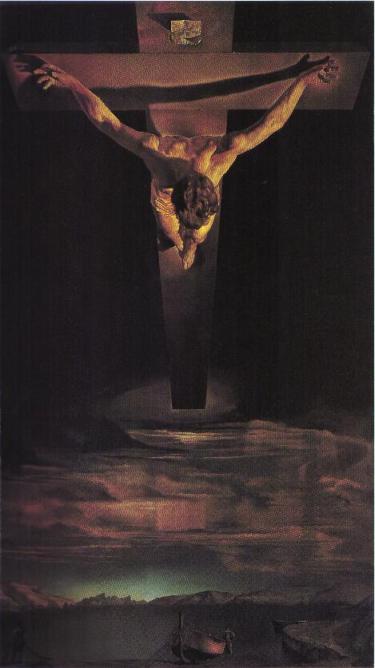 “…the Lamb who was slain before the foundation of the world.” –Revelation 13.8

“…you were ransomed…with the precious blood of Christ, like that of a lamb without blemish or spot, who was foreknown before the foundation of the world but was made manifest in the last time for your sake.” –1 Peter 1:18-20

“Jesus Christ and him crucified… a secret and hidden wisdom of God, which God decreed before the ages for our glory” –1 Corinthians 2:1,7

Today, I just want to briefly introduce the Lent series I’ll be doing (while listening to some free Lenten music!). It will be a meditation on an idea that only explicitly appears a few times in the Bible, but it’s truth echoes throughout the Scriptures. It’s mind-boggling in both its scope and implication, and yet gets so little treatment from mainstream Protestantism.

The idea? That Christ was slain in eternity past–before anything was; before any sin had been done by a single human.

What does that mean? How does that work? How could this affect how we see the character of God? The nature of the world? The substance of life and how it is meant and expected to be lived? These are some of the questions we will be exploring in brief little snippets throughout this Lenten season.

Lent is a season of meditation and mourning on all that led up to Jesus dying on the Cross. That Cross is what casts the shadow upon these forty days; it is the reason we weep. To meditate on the mysterious nature, source, and telos of this Cross is most appropriate for these days.

To introduce this series I want to throw out a quick question, get all of your thoughts, and in the next post, I’ll put up my own conclusions.

How do we see the relationship between the “slain-ness” of Jesus in the eternal, spiritual realm and the occurrence of Jesus’ death in the physical, temporal time/space realm we inhabit?

(a) the Cross of Jesus (read: the death of God Himself) was such a cataclysmic and traumatic event within nature/time/space that it sent ripples that echoed in both directions, impacting eternity past and eternity future (a temporal event that manifested itself eternally).

(b) Jesus has been eternally “slain” and “suffering” in his very nature from all of eternity past and the Cross was “merely” the breaking into a particular time and place of that reality (an eternal event that manifested itself temporally).

And just for fun, here are some of the resources I’m using for this series (along with the Catechism of the Catholic Church, which I forgot to include in the picture, and Logos Bible Software): 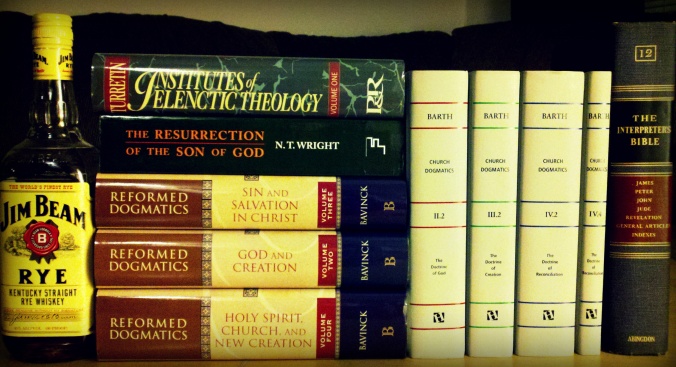