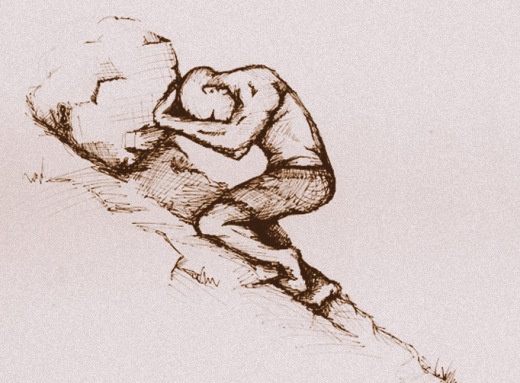 Anyone that follows this site regularly has probably noticed I’ve been taking it easy on the blogging this week. As my want to blog slowly began turning into a need, I knew I had to take a step back and approach it a little more leisurely.

This past week, our Executive Pastor preached a great sermon on the “I am the Vine, you are the branches”/”Abiding with Christ” section of John, and it really re-enlivened my taste-buds for time spent with Jesus. I knew I had to reassess my priorities. My near-daily blog writing was only possible because I was sacrificing sleep to do it (as I’ve done before), which in turn made it all the more difficult to wake up in the morning and do anything resembling communing with Christ.

And so, this week, I have been able to get up more easily, make my coffee, pour some cereal and do some devotional time.

To help prepare for the home group I lead, I’ve really been reading this “Abiding with Christ” passage, trying to lay out the broader flow of thought and context, and seeing how this may have struck the disciples at the time. It’s been quite amazing and has produced many thoughts I hope to share in this space in the coming days.

(Anyway,) I feel like this passage influenced something I said to a friend last night as we were arguing over the preaching style of a particular pastor I like, whom my friend does not particularly glean much from.

He was mentioning the lack of an emphasis on “repenting” in this pastor’s sermons. He said there’s a whole lot of “be who you are!”, but no “stop doing what you’re doing!” I said to him:

I admit: there have been times in my life–under other pastors’ teaching–that I have felt more “pushed form sin”, but I cannot recall a time that I have felt more “drawn towards Christ.” Perhaps we’ve defined the Christian life as simply trying to stop doing these things we’re not “supposed” to do, and so we feel like a sermon “failed” if it doesn’t make us want to do a bunch of things to try and “sin less”. But what if the Christian life was more than mere “sin management”?

My friend heard this, tilted his head and stared off into the sky. He humbly said “I will really think on that.” We hugged and we went home with those words I had just said still rolling in my head. So here’s my question…

that all sounds nice, but am I wrong?

Sure, in a perfect world, we would be able to hear and process sermons that do both: draw us to Christ as we are pushed from sin, or vice-versa. I get the whole theology that you can’t genuinely have one without the other (I know Chalmer’s sermon well).

But we’re finite, and it seems like we can only have fleeting moments in which we’re able to hold in our mind any two sides of a particular tension, much less live it out to any sort of meaningful extent. We will all tend to err towards one side. And so, in this case, which way should we fall?

In the call of the apostles to Repent and Believe, which should have the slightest more stress to it?

Having been meditating on abiding in Christ and seeing the whole Father-in-me, I-in-the-Father, You-in-Me, I-in-You, Holy-Spirit-in-you-and-me stuff throughout the passage, culminating in the Abiding section, I have to say I’m leaning towards the Believe part of that equation.

But I wonder if I’m missing something. Are we all in agreement with this already? If so, why do we suck so bad at living it out? Why are we so terrified that we (or someone we know/love) might actually sin? Is God “scared” of sin? Is his focus on “sinning less” as much as ours is?

4 thoughts on “Christianity as Sin Management?”