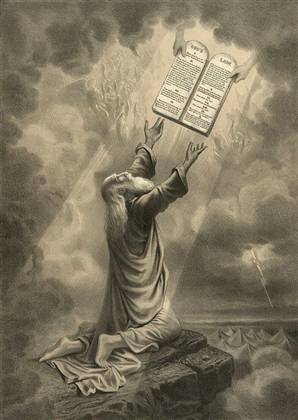 Update: I realized I was wrong.

Okay, for many of you, this will seem silly and inconsequential; others will find it blasphemous. But bear with me for this quick post.

Starting in a few weeks, I’ll be teaching a survey of the Bible class through the summer at my church (I’m going to try and record it and post it here each week). To prep for this, I’ve been delving back into seminary-land, reading about 12 different OT Surveys, OT intros, and Pentateuchal commentaries to get ready for just the Intro to the Old Testament and Pentateuch parts.

And of course, this brings up the issue of the authorship of the Old Testament. Honestly, I don’t plan on going more than 2 minutes on the topic in this class, but I want that two minutes to be fair, informed, helpful, and above all, edifying to the people in the room. I want people walking away understanding that godly people disagree on this stuff and why they do. I don’t want to caricature and criticize unnecessarily.

The main issue I’m working through is what part Moses (or any other pre-10,000 B.C. ancient authors/editors/redactors) had in writing the Pentateuch.

In college I took an OTI (Old Testament Introduction) class from an extremely godly man and equally able scholar. He presented the scholarly consensus about OT authorship, which is something called the Documentary Hypothesis (where the OT is more or less different documents written by different people at different times–all much later than Moses–and then stitched together at later times. In other words, someone like a “Moses” had little or no part in actually writing the Pentateuch). At the time, of course, this pushed up against  the assumptions of my fundamentalist upbringing. I wrote off this man’s lectures too quickly and too easily. Thinking back on it, even now I’m shocked of the quality of lectures I was getting and simply did not engage in. I regret that.

As time went by, I hung out with some great people and read some great books, and my sentiments changed greatly. I assumed the Documentary Hypothesis was more or less correct, and that’s what God used to write his still-inspired, still-authoritative Word.

But now, in preparation for this course, I find myself reading some more conservative voices (especially this amazing OTI by Archer Gleason) that are successfully dismantling the assumptions of the Documentary Hypothesis. So… I don’t know. I don’t think there’s an absolute theological or gospel necessity for Mosaic authorship (though I personally think there is at least a Mosaic “core” there), but the Documentary Hypothesis seems to be inadequate on its own.

So I want to hear from some of my more learned friends and crowd-source this question. What do you think? Is there a “third-way” with this? What’s a sensitive and pastoral way to consider this and communicate this to others?

Posted from WordPress for Android on my Droid X

22 thoughts on “The Pentateuch: Moses vs. the Documentary Hypothesis [OPEN MIC]”