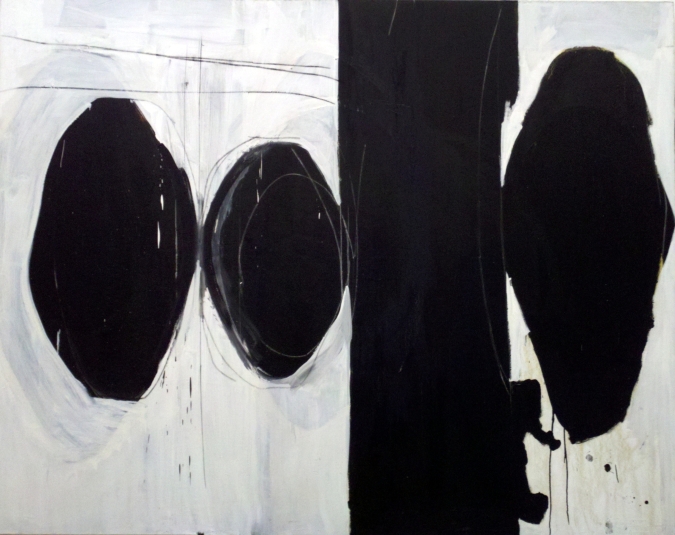 Recently, a friend sent me a link inviting me to a debate between a prominent evangelical intellectual and a prominent atheist thinker. It made me remember how I used to eat those sorts of things up when I was in college, and I really appreciated this friend sending it, but at this point in my life, I genuinely had no interest whatsoever.

Eventually, you realize that every debate of this sort goes the exact same way. At some point–without fail– there’s comes a moment when the evangelical says something to which the atheist responds with “well, what proof [or “evidence” or “basis” or “reason”] do you have to make such a claim!”, to which the evangelical responds with something like “well, it’s faith” (or something like that).

And then the debate should end. The fool’s errand of these events has been exposed.

Atheism, by definition, assumes that this world is a closed system. Nothing can exist outside of it. Only that which is empirical is “real”. And even if there was anything outside this “system” of “reality”, we couldn’t know of it at all because our reason and logic is borne from and exercised within this system and so we can “know” nothing else beyond or outside of it. But Christians, by definition, believe in a “Christ”–we believe that we can know things “outside the system” because that which was “outside” came “inside” and lived among us.

And so as long as these two groups have these differences, they more or less aren’t even speaking the same language. “Debates” are useless other than to “score points” with your own side.

And yet, I still find myself engaging with my atheist friends–though in a very different way.

A while back, I heard a story from a former campus minister about a kid that was “pulled away from faith” after going to his first college-level Biology class and learning about Evolution. The campus minister, at the time, was trying to show how it was wrong of universities not to “teach the other alternatives to Evolution”, but I pulled a very different moral from the story.

And so this is the source and sustenance of Atheism. (And I think that Atheists would agree with me here, even though they’ll disagree with the implication I draw from it.) When someone has come to “know” something–cognitively, intellectually, existentially, or experientially–that seems fundamentally at odds with Christianity, or has no place within it, they will become an Atheist.

So far, I think that the Atheists out there will be tracking with me. Here’s where they’ll stop.

I think that–by and large–most Atheists are reasonably choosing the far more reasonable side in a choice that does not exist.

If the Incarnation is true, then I have a fundamental belief that all aspects of human experience, knowledge, and reality have been incorporated into the Divine experience of God Himself–including all the parts that usually lead people to be Atheists.

Every reason I’ve ever heard about why someone becomes an Atheist or “unbeliever” is something that I firmly believe that God has–by life and by blood–baptized as part of the normal human Christian experience. And so (in case you haven’t picked this up), the real problem isn’t even with the Atheists! They are actually acting and choosing quite reasonably (considering what’s been offered to them, at least).

Doubt, pain, suffering, injustice, abuse by religious authorities, betrayal, alienation from God, forsakenness, darkness, God not delivering from death (when he could), frustration, weeping, anger, crying out, lashing out, questioning, and–indeed–even the experience of atheism itself are all human things that have been invited into God’s own experience of being God.

Modern evangelicalism seems content to say that the human that experiences and tastes these things is far from this same God, and so that person needs to do whatever it takes to “get past this” or “move on” or “mature” or “grow their faith”. But in reality, in those moments when we are acquainted with such existential realities, we are actually closer to the experience of the Divine than we could ever possibly know.

And so, in my own past and continued engagement with Atheists, I often find myself trying to “re-articulate” Christianity in such a way that it might seem beautiful to them once again; to show them that the choice they were offered was a false one. To acknowledge that yes, these thoughts and experiences are real and legitimate, but they were experienced by Christ himself, and were the very vehicles by which he tasted Resurrection.

Life, be it biological or spiritual, is never entered into by way of peaceful, sustaining confidence and quiet trust. Rather, it’s always by the way of trauma, tears, and exhaustion. And, ironically, it’s this very doubt, darkness, and “existential atheism” that leads us into the little tastes and vignettes we get of that quiet trust and confidence we know is waiting for us in full, at the other side of Resurrection.

And that, hopefully, is something we can all call “Good News”.

17 thoughts on “Debates with Atheists (And Good News for Them)”