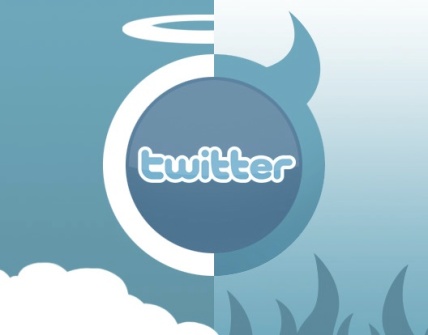 Yeah, I feel a little narcissistic writing this post (that’s why I save posts like this for Fridays!), but I’ve finally reached the point of annoyance that something has to happen.

When I first went to seminary, I went to Westminster Theological Seminary, which is a Presbyterian school. I had a really good (who is recently engaged) friend from Lancaster, Pennsylvania that I had met in Richmond. He moved back to Lancaster around the same time I came up to Pennsylvania myself to go to school. And so, naturally, I made some visits to Lancaster to see him and meet his friends.

I have never been, am not, and will never be a Presbyterian. And that’s what made this funny.

But still, when joining this little Twitter thing that was starting up, those folks dared me to pick the user name PresbyPaul. And so–because of this dare—I did.

And I’ve regretted it ever since. It’s a silly user name, and I’m embarrassed to give it out whenever I’m asked about it. I’d love to have a user name that’s a bit more “normal”. I’m tired of it and it’s time to change it.

But, I haven’t, mainly because I can’t find any alternatives. The most  frustrating thing is that @PaulBurkhart is taken, but it’s by someone who has never posted anything on there. Supposedly, Twitter “releases” these user names at some point if this happens, but alas, after watching it for a year, it has not.

And so, I’m asking you all for some help. I can’t think of any Twitter name that’s not taken, and that would make sense with the other online services I use.  Here are the variables for a possible Twitter name:

“PaulBurkhart”, “PaulMBurkhart”,”thelongwayhome”, and “ProdigalPaul” are all taken. Does anyone else have any ideas? Feel free to offer them below. (Or have fun with this site on my behalf! Just kidding.)

And again: yes, I feel extremely weird writing this post. I promise I won’t do it again.