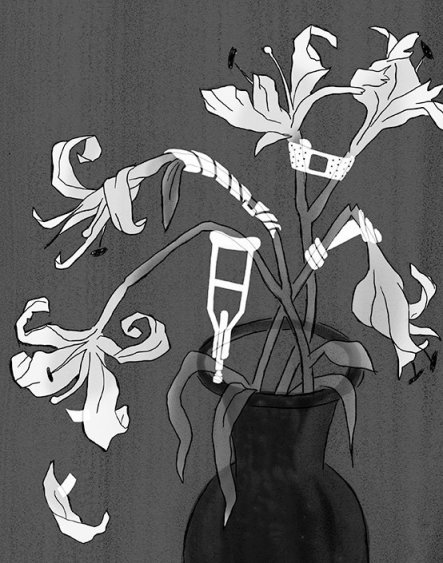 {abstract: My point in this post is pretty simple. Christians seek radical end-of-life care dramatically more than non-religious people, and this accounts for a huge portion of American Health Care cost. In this piece, I ask if this drove prices up, therefore creating the situation where, ironically, Obamacare (a policy Evangelicals widely despise) was necessary.}

I wrote a while ago about my own current preoccupation with my fear of death. It caused me to read several related things, including the amazing book, The Art of Dying. In it, Rob Moll carefully helps guide Christians back toward embracing death for what it is: our greatest enemy, yes, but an enemy whose sting has been turned into a doorway to Glory Itself.

And so, as the horror-turned-beauty that Death is, the book encourages us to spend our energy preparing for Death more than avoiding it. He encourages Christians to recapture the doctrine of the “good death”.

And yet, it seems that American Christians are prone to do everything but that.

Moll talks of a study published in the Journal of the American Medical Association that found that Christians were three times more likely than those without religious faith to pursue aggressive end-of-life care, even though they fully understood they were dying and that the treatments would most likely not add any time to their lives.

One researcher told Moll, “patients who received outside clergy visits had worse quality of death scores than those who did not.” And if you have problems with this particular study, know that the book is full of research, studies, and interviews that lay out the pretty clear case that American Evangelicalism widely avoids preparing for death.

Now, we can talk about why this is and whether or not this is a sound Christianly posture another day (I happen to think it is not). Hopefully I’ll write a full review of the book in the weeks ahead. Today, though, I wanted to point out a huge irony this made me think of.

In March 2010, after months of some of the most fascinating politicking I’ve seen in my lifetime, President Obama signed the Affordable Care Act (“Obamacare”). The whole point of the bill is to lower the costs that Americans pay for health care in America. And indeed, American health care prices are absolutely insane.

Studies have tried to figure out why this is. There are many theories, and so the best studies I was able to find were those that debunked common ideas. It’s not research or innovation or amount of care; it’s not even quality of care, technology, or “lack of competition.” Why does it cost so much in America? As this study summarized: “it’s the prices, stupid.” (By the way, read the article that link goes to. It’s so helpful.)

It seems that when you create a private market that everyone is guaranteed to want and use, and you don’t really have any mediating third-party actor to negotiate on behalf of consumers, the Invisible Hand, for many of us, turns into the Invisible Backhand. The prices are higher simply because insurance companies and hospitals have been able to set those crazy prices with little or no incentive or restriction not to.

So why are health care prices able to be set so high? In this study by the American Heart Association looking at the final care of patients that died similarly and evaluating the costs, they said this (emphasis mine):

Because all patients had the same fatal outcome, the authors believe that the extra care provided at high-cost centers was unrelated to illness severity and therefore unwarranted. On the basis of prior work, they also believe that such care generally is physician mandated and supply and profit driven such that, if all physicians were trained and incentivized to practice [efficiently],… billions of dollars would be saved without sacrificing quality or outcome.

In my reading of this and other studies, it seems to me that the health care industry is able to set crazy prices because (1) there’s nothing stopping them from doing it, and (2) demand has created an in-grained supply-side surplus. In other words, when people want health care as much as we do, the unregulated markets respond by providing it and charging a premium comparable to our desire to use it. The prices are set by how much we are willing to pay to get it.

So where is the source of this huge demand that brings prices up? End-of-Life care. Check these stats out:

A quarter of Medicare is spent on the 5% of beneficiaries in the last year of life. 40% of Medicare money cover the last month of dying individuals. 10% of Medicare recipients make up 70% of total costs. In more than 40% of households with someone in their last five years of life, the medical bills from just those five years are more expensive than all of their financial assets combined (so much “fiscal conservatism”).

What’s also interesting is that these percentages have not really changed in over 30 years! This tells me two things: (1) Neither regulation nor technology costs account for these prices, and (2) something deeply-ingrained into the American psyche is what drives these costs. What is it?

I think it’s Christianity. Or more precisely, Evangelicalism (thought this is just my intuition. I have no evidence for that level of specificity. I could be wrong.)

Since Christians are three times more likely to pursue extremely-aggressive, extremely-unfruitful end-of-life care than non-religious individuals, it makes sense to me that these individuals, adding this level of price-distorting demand, are in large part responsible for America’s price disparity in health care. A disparity that brought about Obamacare.

In fact, in this climate of such high demand from this Christian end-of-life group, the only realistic policy suggestions for lowering health care prices sound a lot like what’s in Obamacare.

And yet, Christians are overwhelmingly more against Obamacare than other groups.  In my assessment (and limited economic understanding), then, it seems that decades of there being a lack of an American Evangelical emphasis on the “good death” with dignity and confidence, that American health care costs have become so high, creating the need for health reform in the first place.

What do you think? For all my economist friends out there, have I got this right or am I missing something? Let me know your reaction in the comments below.

P.S. If you want to know my views on health reform: I personally think that the Affordable Care Act is a truly untested hybrid model, and no one genuinely knows right now what it will do in the long run. I used to think that it was a give-away to the private insurance companies and really just continued that status quo. But the closer we get to its full implementation, the more I’m optimistic and fascinated to see how it works out.

I think tying health insurance to employment was the worst thing to ever happen to health care, and it was a backward way–through tax benefits–that the government has been subsidizing health care for the employed and rich for decades now (with no Republican outcry).

I personally would be okay with a fully privatized, free-market, “crossing state lines” (though that wouldn’t affect much at all) sort-of health insurance system, completely untethered from employment, as long as it was set up next to a non-profit “public option” that would compete on equal footing with the private companies. I would also be okay with a single-payer option with a minimal standard of care for all, and then converting the current insurance industry into an industry of supplemental insurance providers for more specialized packages of care.

[image credit: Illustration by Maëlle Doliveux, and found on this related New York Times letter to the editor]

7 thoughts on “Why was Obamacare necessary? Christians, it seems.”