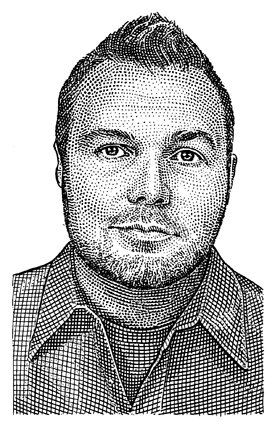 I have written before how much I enjoy my own ignorance of the Christian blogosphere. Things happen in evangelical corners of the world, that I have no idea about. I am happy to know more about the Ukrainian crisis than whatever crisis some mega church or celebrity pastor is going through.

And yet, somehow (usually Facebook), I always seem to keep up with whatever is going on with Mark Driscoll. He has lots of critics, and I am certainly one of them, and many of them seem to be grasping at whatever they can to “bring him down”. There seem to be so many Driscoll obsessions out there, be it plagiarism, making fun of “effeminate” church leaders, extreme church discipline, messy staff turnovers, un-credited ghost writing, or buying his way onto best seller lists. (If you care about those “scandals”, just Google them.)

I have big problems with how a lot of folks criticize Driscoll and the glee they seem to feel in each new thing we all find out. Lore Ferguson has the best and most beautiful articulation I’ve read of the unhelpful ways people levy these criticisms his way.

Personally, my problem has been less these things, and more his attitude, his tone, his dogmatic way of authoritatively declaring what is “biblical” and what is not. It is his lack of wisdom, care, and grace he extends to sensitive topics and sensitive people. It is the fact that he seems to be a celebrity, better at creating a culture than serving a Church. It is that he doesn’t seem to be “pastoral” in any real sense of the word. Sure, he “leads”, but how does he “serve”?

Yes, I disagree with him on almost every major secondary and tertiary doctrinal issue out there. And yet I feel that way about lots of evangelicals and I don’t spend much, if any, mental energy thinking or talking about them.

Driscoll, though, has put himself front and center, bashing others, mocking critics, ignoring pleas, giving little care for who gets caught in his wake. This is why, especially in my personal non-blog life, I’ve felt free to address what I feel are his irresponsible ways.

In light of his most recent brouhaha in which he was caught (legally) paying some company to game the bestseller list system for his own “marriage” book, Dirscoll wrote a long apology letter to his church on their own internal social network. It wasn’t meant as an “open letter”, so I haven’t read it, though you can find it online if you really want to. I read one article about it that gave the highlights, including Driscoll saying that his angry prophet days are over, he’s taking a year off from social media, is taking more time to focus on his church, will be doing lots less writing and speaking, and will be trying to reconcile with others who have been hurt by him.

The responses have been expectedly broad, from what I hear. The people that already didn’t like him don’t accept this letter; those who like him are applauding him.

I don’t know his heart, so I can’t judge his intention. I still disagree with him on lots of things (apparently he even makes a point to say he will be equipping only “men” for church leadership. Grrr…), but if this letter is true, it addresses many of the issues that made me see him as a uniquely unhelpful force in American Christianity.

If this letter is genuine (and I have no reason to think it’s not), then it means that Driscoll is now just another evangelical fundamentalist out there in the world. He is just another brother in Christ with whom I disagree on non-essential things. He deserves no “extra” scrutiny or criticism on my part. In fact, as part of the broader family of God, I must feel and express a kinship and gladness for his presence in the Church.

And yet, something in me doesn’t like that. I still feel the drive to nit-pick what he does and shine the light of day on it. I feel the desire to “protect” others and “convert” them away from his teaching.

In my response to this, I realized that my heart has been hurt by the works and words of Mark Driscoll. I never thought I had been. And “Church hurt” is one of the oddest kinds of hurt there is. It lingers, sticks with you, and festers. It’s really hard to shake or get past. It goes down deep.

I don’t know what that means exactly or what process I should go through to address that, but I do know that if Driscoll is stepping off center stage for a bit, I have no right to speak of him with any less grace than any other conservative evangelical down the street. I should love him, pray for him, and speak tenderly of him.

And hopefully, maybe, we can all get some space to heal as well.

5 thoughts on “Mark Driscoll: Now just another fundie, but it still hurts”