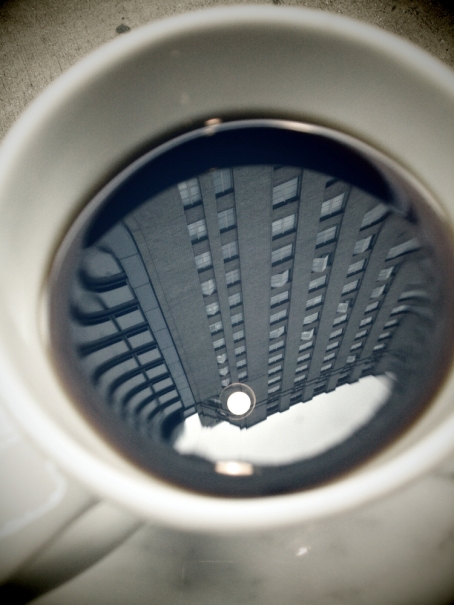 The seminary program I’m in is one focused on urban centers, and to that end we end up reading writings by a crew of pastors and theologians and who want to give a theological emphasis to cities. I’m currently in a course in which we’re reading people like Tim Keller and Harvie Conn.

I bought in to all of this for a long time, but now I’m having some reservations (some of which I’ve mentioned before), which I want to offer up to you all and get your thoughts.

Ever since moving into cities, I’ve fallen in love with them. After hearing Tim Keller talk about them for the first time while in college, I totally bought into the centrality of cities into God’s ongoing mission.

And then….I met my girlfriend who grew up Mennonite on a 300-acre dairy farm in Western Pennsylvania. And it threw all my thoughts on this issue upside down.

I go out to her family farm, and there’s no way that I can say that God’s mission and presence is any less active, central, or needed in that area.

I’ve realized there is injustice and need. Most government benefits go to white rural Americans than minority ones. Rural poverty is as big an issue (and some would say more of one) than urban poverty. There is addiction, loneliness, brokenness, and injustice. Cities have no monopoly on that.

I’ve realized there is culture. I go there, and the aunts, uncles, and grandparents tell and retell the stories of generations of their family members going back hundreds of years. They have hymn-sings, folk festivals, and make art. There is education. Nearly all of my girlfriend’s family members: siblings, aunts, uncles, parents, and cousins all have (or are pursuing) graduate degrees. Again, cities have no monopolies on this stuff.

In short, I see the practicality in centralizing urban centers in our missional work. I’m with Keller there. Power, culture, influence, etc. flow from cities to other areas. I get that. Cities are of strategic, practical importance. But of uniquely theological importance? I don’t know.

I have three concerns about how this conversation usually goes–even in our readings and lectures this week.

These discussions nearly always have the narrative that “we” are now “rediscovering” the importance of cities. And this is true, as along as we understand that the “we” is referring to white evangelicals.

When I first dove all-in to Keller’s stuff, I began talking a lot within that same narrative that “Christians left the cities because they thought cities were bad, and now the cities are in need of more Christians living, serving, and ministering there. And these are the prooftexts to motivate you…”

But I’ve only more recently had to come to terms with the fact that this is a “white lie”. Christians did not leave the city. Those with power and privilege (a.k.a. “whiteness”) left the cities, but there have been thousands (millions?) of Black and minority led ministries and churches that stayed and sustained cities while resources left the city and wrong-headed, militant political responses came in.

Therefore, I find it sort of disingenuous when all the white males we are reading/listening to want to try and give theological correctives to refocus our urban ministry, when the original problem was not theological, but sociological. Yes, the Gospel is ultimately the answer to cities having been neglected by white evangelicals, but it needs to do so by changing our engagement with power and privilege, not primarily by changing our theology of cities.

Because this is an issue primarily about (and by) white evangelicals, these discussions/readings/lectures still seem to use the simplistic theological tools of evangelicalism, namely prooftexting.

Yes, “the story of redemption begins in a garden and ends in a city.” Yes, there is a convincing argument that Luke has some deeper meaning behind his use of the word “city”. Yes, the turning points of redemptive history in God’s primary witness to his work–Scripture–happens in, through, and around cities.

But (using the same way of reading the Bible), in the Exodus, God takes his people out of the city and takes them into the wilderness. When Israelites talk of their land, they talk about its dirt, natural resources, beauty, etc., not the human-made culture. The primary act of redemption–the Cross–very intentionally happens “outside the city”. In the “City of God” of Revelation, there’s still a river running through it and trees.

That’s not to argue for a rural primacy. It’s to highlight a problem for the Kellers of the world: why do we need to have a Bible verse to justify doing ministry anywhere? What is it inside of evangelicals that make them feel that they can only mobilize for that which they can have a Bible verse slapped onto their coffee mugs?

Okay, this thought only came to me this past week, so it’s fresh. It’s also sort of weird and could be unnecessarily divisive. I’m sorry, I’m not trying to do that. Please be gracious. But when we turn this discussion about urban mission into a theological one, rather than simply a pragmatic one, I fear we fall into something I’m calling “Geographical Complementarianism”.

Just like gender complementarians want to say that both men and women are “equal”, but there is one that is the “head” and has a certain initiating responsibility in the mission of God, it feels like many of these “urban theologians” do the same with the urban/rural divide.

There is a long literary, theological, historical, aesthetic, and philosophical association of “the feminine” with the natural world, and cities with “the industrious masculine”. Could it be that all this emphasis on urban ministry is, in a sense, Geographical Patriarchy that wants to force otherwise equal entities into some hierarchical order?

Why can’t we be Geographical Egalitarians, who see the good gifts of both sides and understand they each have a unique and necessary role in the plan of God which requires each Christian to engage with God and discern where they might be called to be most obedient?

So what do you think? Where am I misreading these other thinkers? How are we perhaps saying the same thing, only differently?