Well, it’s been a good long while since I’ve posted a Reading List for you all to enjoy–too long, in fact. These were some of my favorite things I read this week. What were some of yours?

In defense of creationists | The Week
Michael Brendan Dougherty

I referenced this at the end of my post yesterday, but this is a stunningly beautiful piece that wrestles with humanizing those that frustrate us the most in the Christian family. A must-read for sure.

END_OF_DOCUMENT_TOKEN_TO_BE_REPLACED

Okay, this one is a tough one to write.

Most all of us know by now about the Great Debate that happened a couple of weeks ago between Bill Nye and Ken Ham on whether or not Creationism is a viable model for human origins. If you’ve followed this blog for an real period of time, you know it’s no secret that I do not think it’s a viable model, and I’ve been quite vocal about that in this space.

So I felt the frustration when Ken Ham was treated like the stand-in for every Christian that wants to take the Bible seriously. I felt better when smart Christians responded well. I chuckled at those that poked fun of him and other Creationists, debunked their logic, or discredited the historical stream in which he finds himself. I gave into the private mocking.

I was then really encouraged when I read this report in Christianity Today that shows that Americans are not as divided on this issue as some polls make it seem. I was overjoyed with knowing that more Christians than ever were leaving the Ken Hams of the world in the dust of irrelevance, their budgets and voices shrinking in the distance.

As the discourse went on, I began to thinking to myself: I think we’re winning! But then yesterday, I felt like I woke from a fog and thought: Wait. Who are we fighting?
END_OF_DOCUMENT_TOKEN_TO_BE_REPLACED 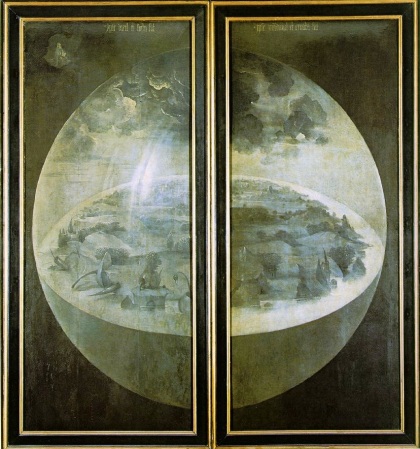 If my Facebook feed is representative of the general population at all, then I can confidently say that most of you have heard about the debate between Ken Ham and Bill Nye about creationism and evolution.

On this blog, I try not to get too much into issues of great contention in the church family when I don’t think it’s necessary, especially when I think it would unnecessarily prevent someone from reading this blog with a free conscience, or just mess with their head too much. But this is the one issue that I have felt the freedom to be blunt, bold, consistent, and loud about my opinion. So, I don’t have too much to add to everyone else out there that was more or less lamenting this debate more than celebrating it. Maybe I’ll have some thoughts next week coming at it from a different angle, but we’ll see.

Today, I wanted to share with you a video from the in-person portion of my Hebrew class a couple of weeks ago. To get an A in the class I have to translate, memorize, and recite a section of the Genesis 1 in the Hebrew. To help us with that, my professor made a video of him reciting it and acting out the recitation in front of us.
END_OF_DOCUMENT_TOKEN_TO_BE_REPLACED

Over at Scot McKnight’s blog, Jesus Creed, the resident scientist-who’s-a-Christian (I hate that I can’t just write “Christian Scientist”), RJS (I have no idea what his full name is, and I couldn’t find it), recently posted a brief post about the ongoing dilemma of a fossil called Tiktaalik rosea, the dating of which and the evolutionary place in which it exists is still in flux. After recounting some of the changing conclusions about this fossil, RJS asks:

Is this kind of give and take an evidence for weakness in the evolutionary hypothesis?

Is it unexpected waffling or the expected progress of scientific discovery and the refinement of understanding?