The past few weeks have seen an uproar of argument and discussion about the recent deployment of federal troops to Portland in light of ongoing protests there since the murder of George Floyd in May. The social media feeds of both “sides” in this have been inundated with either selective footage of “violent” protesters or selective footage of “police brutality.”

And of course, the debate has become over-simplified and reductive, as all national debates are. The Right keeps saying, “so you think it’s okay to burn down a federal courthouse”? And Trump keeps tweeting “LAW & ORDER!” The Left are talking about Fascism and Secret Police.

Since the Hamilton movie came out, it inspired me to restart my goal of reading through biographies on all the Presidents. Several weeks ago, I re-read Chernow’s Washington biography and am now reading two John Adams biographies side-by-side (David McCullough’s and John Ferling’s) and have come across some fascinating parallels to our current situation. Nearly all of the following footnotes and quotes come from Ferling’s book.

Lessons from the Revolution

The Revolution did not start as an intellectual or political movement, but as as a popular grassroots movement, led by young radicals like Samuel Adams. Many of the Founders, including Adams, Washington, Jefferson, and Franklin, weren’t bothered by much of what Britain did until much later in the process.[1] [2]

END_OF_DOCUMENT_TOKEN_TO_BE_REPLACED

I proudly voted for you in your first two terms to the Senate. I know you have a justified and well-earned reputation for being fair-minded and keeping the interests of the country first, even above the interests of your party.

I am concerned, however, that your silence about the impeachment proceedings these past few weeks may indicate that you will simply vote along the party line on votes that would do incredible damage to the structural and institutional integrity of our Constitutional process of holding the Executive accountable for its actions.
END_OF_DOCUMENT_TOKEN_TO_BE_REPLACED 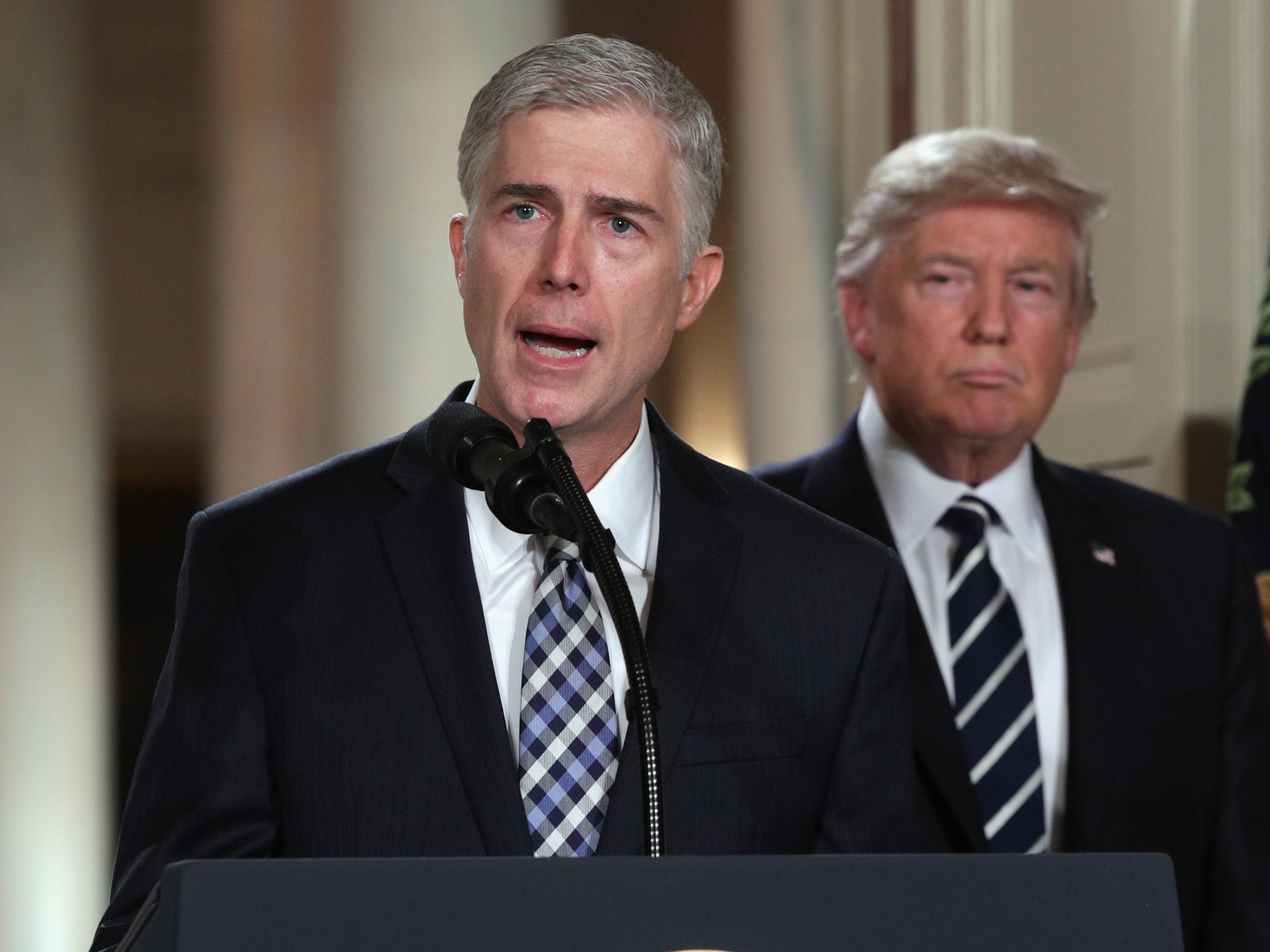 Democrats should hold confirmation hearings and approve President Trump’s Supreme Court nominee, Neil Gorsuch, in a respectful, timely way. In other words, they ought to act in the way Republicans should have acted with President Obama’s pick, Merrick Garland. How Liberals and Progressives respond to this nomination will show whether their ongoing protests and anger are truly principled or are just aimless expressions of emotion.

Most every action Trump has taken since becoming President has been abnormal, irresponsible, immoral, incompetent, or counter-productive. He is, in my opinion entirely unfit for the office of President, and has not the moral, intellectual, nor executive substance that this office requires. Yet I am in the electoral minority. Donald J. Trump is the President now, and even if he does not treat the Presidency with the respect and dignity it deserves, the rest of us should.

All of the Opinion pieces I’ve seen so far that have argued for Democratic obstruction of the Gorsuch nomination, do so on two primary grounds: the Republican travesty of blocking Obama’s pick for the past year, and the Conservatism of Gorsuch. Both of these reasons come up short.
END_OF_DOCUMENT_TOKEN_TO_BE_REPLACED 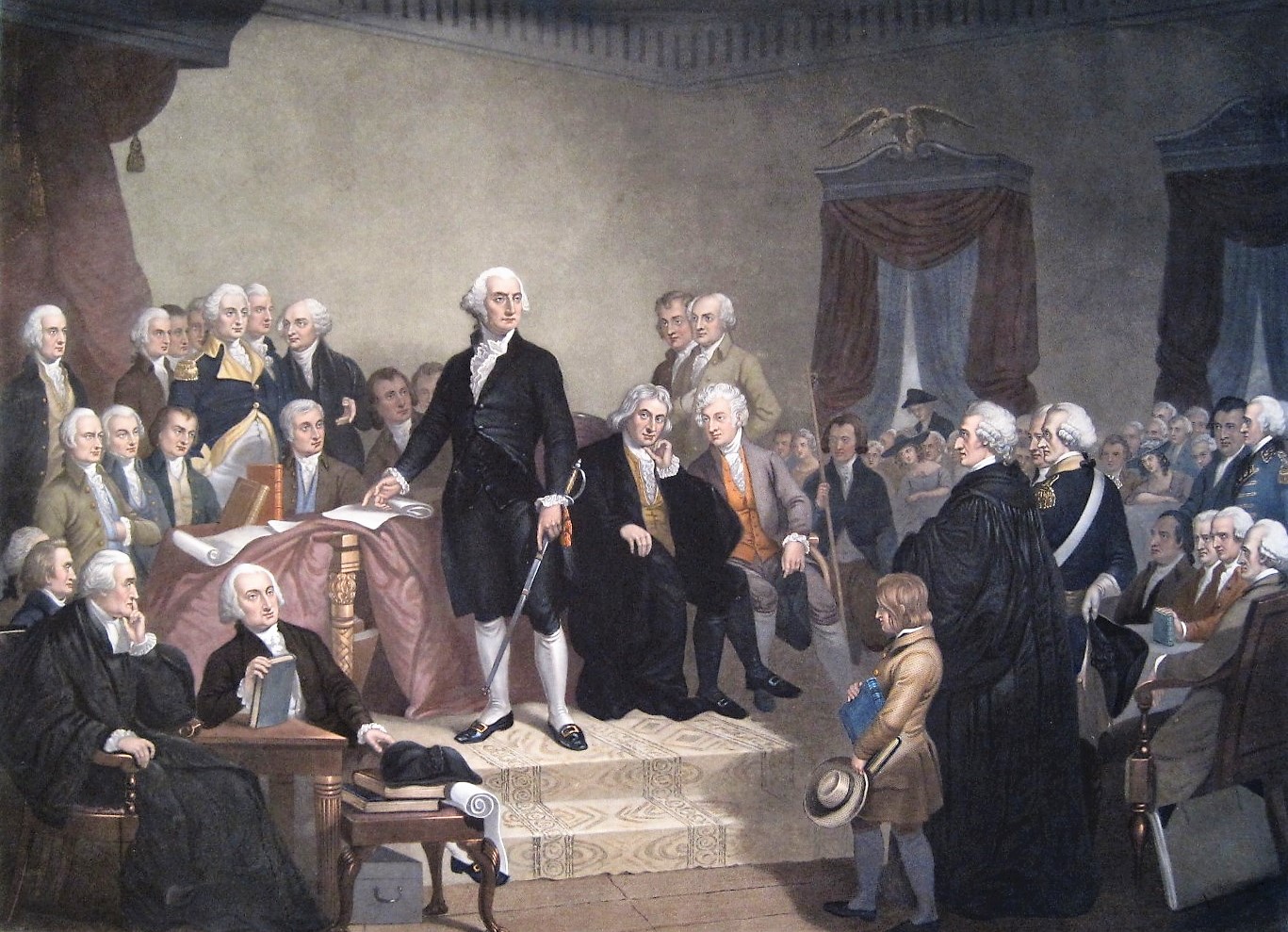 “It has occasionally occurred to me when in [Washington’s] company, that if a stranger to his person were present, they would never have known from anything said by the president that he was conscious of having distinguished himself in the eyes of the world.”
—Bishop William White on Washington’s refusal to boast

The following is excerpted from Ron Chernow’s Washington: A Life:

Though the Constitution said nothing about an inaugural address, Washington, in an innovative spirit, contemplated such a speech as early as January 1789 and asked a “gentleman under his roof ”—David Humphreys—to draft one. Washington had always been economical with words, but the collaboration with Humphreys produced a wordy document, seventy- three pages long, which survives only in tantalizing snippets.

In this curious speech, Washington spent a ridiculous amount of time defending his decision to become president, as if he stood accused of some heinous crime. He denied that he had accepted the presidency to enrich himself, even though nobody had accused him of greed: “In the first place, if I have formerly served the community without a wish for pecuniary compensation, it can hardly be suspected that I am at present influenced by avaricious schemes.” Addressing a topical concern, he disavowed any desire to found a dynasty, pleading his childless state.
END_OF_DOCUMENT_TOKEN_TO_BE_REPLACED

For several years now, I’ve had this recurring dream in which I’m trying to come up with the scariest story possible. The dream itself isn’t scary, mind you. It’s more about me intellectually trying to think of and experience what would terrify me most.

As I’ve played this out in my dreams over and over, certain contours have emerged as to what would truly scare me and evoke terror the most. It is not necessarily death, harm, nor paranormal antagonism. For me, it is more existential. It is soul-deep.

I still can’t nail down the precise plot to this horror movie in my mind, but it involves a man who has an entire set of worldviews, beliefs, opinions, and actions that are entirely consistent with the data he has available to him. He feels he has a reasonably clear picture of reality–or at least as clear as can be expected–and has a coherent life built on top of that picture of reality.

The soul-terror comes when he realizes that it is all a lie.
END_OF_DOCUMENT_TOKEN_TO_BE_REPLACED

I think I found the bright side to Donald Trump. This election has left Conservatism as the only political philosophy not really represented. Even the Bernie Bros have a lot of their biggest concerns represented in the newly minted Democratic Party platform. But real Conservatives? Who speaks for them?

I (and others) am starting to think it’s the Democratic Party.

People keep talking about how this Donald Trump candidacy is reshuffling traditional party allegiances into  a never-before-seen arrangement. And yet, watching the Democratic National Convention speeches last night from Tim Kaine, Joe Biden, and especially Barack Obama, it looks like a reemergence of the blue collar, Southern Democrat.

Maybe, rather than a reshuffling, there is a course correction: a return to politics as it was prior to Nixon, Goldwater, and Johnson. Perhaps (dare I say?) this is actually a moment for normalization of American politics?
END_OF_DOCUMENT_TOKEN_TO_BE_REPLACED

The hardest thing about writing anything about politics (or religion, for that matter) is not having someone write you off immediately by placing you into one of the Right-Left boxes that dominate our national discussion. I am really not a liberal progressive. I have voted Republican, Democrat, Libertarian, and even Green Party. In 2008 I voted down the ticket but conscientiously abstained from casting a vote for President as a “none of the above” protest vote.

All that to say, on most any issue, I can see both sides of it. I can see why people believe what they believe and I can see much of its merits. But (as so many written sentences this election season have concluded), that was until Donald Trump.

I am so strongly against Trump for President. I am not against critiquing the foreign and domestic policy views of the Obama administration and Secretary Clinton. I am not closed off to new recalibrations over trade and foreign policy. I understand the economic forces that have driven wedges between the working class and all others, and I can see the pain and malaise in middle America and groups that have been so forgotten and overlooked.

I see the forces that have given rise to Donald Trump and though I want to validate the cynicism, pain, and feeling of disempowerment, I struggle to know how to communicate to these voters that Trump is not the answer. He will not help you. People may respond that he’s better than Secretary Clinton. He’s not. Crunching the numbers, it is clear that Clinton’s policies would be far more effective in ameliorating these cultural and economic pressures.

You may not like Clinton personally, then, but we can’t overlook one candidate’s personal foibles only to condemn the other for theirs. On moral, legal, ethical, intellectual, and religious grounds, Trump is far and away the lesser of the candidates. If character, morality, and heck, even legal uprightness are important to you in choosing a candidate, Trump is worse.
END_OF_DOCUMENT_TOKEN_TO_BE_REPLACED

I really liked Carly Fiorina when she was running for President. I admit: even though I voted for Bernie Sanders on Tuesday, Fiorina would have been one of my top choices early on in the campaign. Yeah, yeah, yeah, it’s confusing, I know. Anyway, a friend of mine who knew this was the case asked for some of my thoughts on whether her choice as Ted Cruz’s VP pick made me any more inclined towards Cruz. Well, here were my thoughts:

Man, if Cruz was going to do anything to make me even consider voting for him, this was it.  Even though I would have voted for Kasich over Fiorina, Kasich as VP wouldn’t encourage me to vote for Cruz as much as this pick. I really like Fiorina and think she could be an incredibly powerful and effective Vice President.

That being said, however…
END_OF_DOCUMENT_TOKEN_TO_BE_REPLACED

One of the smartest and funniest women at my church, Alyssa, has this great blog you should all follow. In it, her observations on life, cities, and spirituality are whip smart and hilarious. Several weeks ago, she put up a post asking “Is Trump America’s Lent?” She writes:

For the purposes of this argument, let’s call Lent an annual wake-up call, a reminder that we aren’t as good as we think we are….Trump’s success so far is a wake-up call in itself, like a large-scale Lent: maybe we aren’t as good as we think we are. Apparently, as a country we’re actually more racist and fearful than we thought we were just a few months ago, when people laughed at the thought of him actually standing a chance. The land of the free might just be okay with building that wall. The home of the brave is actually pretty scared of Muslims.

This is incredibly insightful, and I think it turns our national “Trump-versation” to a helpful place in the Lent season. Rather than trying to understand “the Trump voter” on a micro-individual level–a level full of misunderstanding, prejudice, and judgmentalism on all sides–we might turn our gaze inward to our nation as a whole. Looking at the bigger movements and structures of our society, we can ask the hard questions that you can’t really ask when staring another individual in the face.

END_OF_DOCUMENT_TOKEN_TO_BE_REPLACED

This Advent, we’re meditating on the idea of Hope by looking at quotes from Christians and talking about what they might say about our Advent Hope.

These little lights act as temporary illuminations that can help the Christian to look and move more properly towards that which they can only point to, but which in their proper time and place can in fact actually represent to us!

Because the Christian hopes for the Last Day, for the eternal year, he hopes for the next day and the new year, from which, whatever they may bring, he can always expect at least new indications of the coming of Jesus Christ.”

Read those words again. Slowly. We need these words, especially this year. As predators of consumerism, terrorism, pseudo-fascism, jingoism, escapism, and liberal idealism lie in wait to consume our souls, we need a light in the darkness. We need something to hold on to.