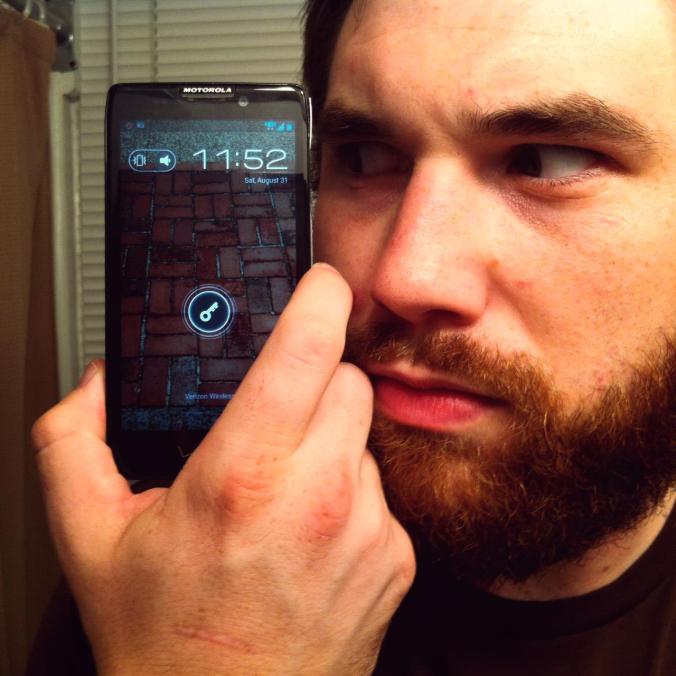 I’m sorry. This has nothing to do with anything I ever talk about on this blog. I just had to share. I feel like I just reached a whole new level of nerd ‘lite-dom.

A couple of days ago, I dropped my phone twice in one day. Now, I’ve dropped my phone before, and there have been no problems, save for a scratch here or there. But this time, something happened, and I couldn’t click the power button in. I spent hours Googling solutions. I ended up being able to download apps to let me put the phone to sleep, and even use my volume buttons to wake the phone. But, if my phone ever died or otherwise turned off, there was absolutely no way to turn it back on.

I checked into getting it repaired professionally, but between price and time, that wasn’t a realistic option. I slowly began to realize I only had two options: start looking for a new phone (when this one still isn’t paid off), or take it apart myself and see if I could fix it.

I’ll admit it: I really like my phone. It’s a (take a deep breath) Motorola Droid Razr Maxx HD. (What a terrible name.) I got it off Ebay for full price so I could keep my unlimited data. It has a great screen, amazing battery life, and it still running smoothly after a year or so of pretty intense usage.
END_OF_DOCUMENT_TOKEN_TO_BE_REPLACED 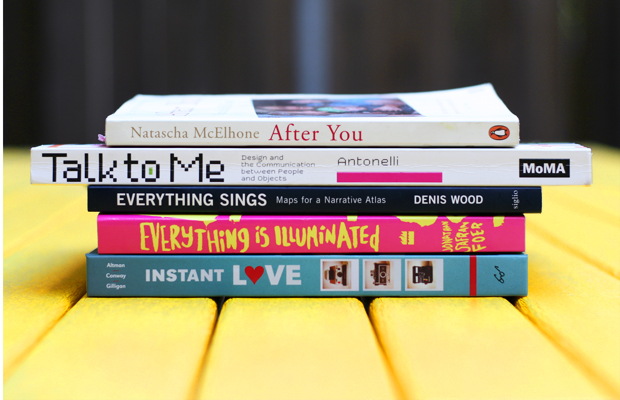 We’ve had an intense week on the blog. It was my first week back to blogging each day. We talked about everything from engagements to suffering, from NSA surveillance to harshing everyone’s 4th of July buzz.

So let’s have some fun.

I fully believe that poetry is one of the most powerful forces in our world today. When engaged with fully, it can get around our normal defenses and speak to our souls like few other things can. (It could even convert you to Christianity.) I also try my hand at it time to time.

Anyway, I just wanted to give you all two unexpected places you can find amazing poetry to brighten up your Friday and send you into the weekend right.
END_OF_DOCUMENT_TOKEN_TO_BE_REPLACED

A few years ago, I wrote about my own personal, internal struggle over online music services. Well now, I have a winner.

I’ve told several friends about Google Music. For the past couple of years it’s been my go-to mobile music manager. Long story short, this is how it has worked: Google uploads your entire library of music to their own servers (a.k.a. “the cloud”) and then you can listen to it on any device with a browser (including iOS devices). This is absolutely free.

And it’s been amazing. I can stream my own music over my phone, I can go to work and play my entire library in any web browser on my work computer, and it syncs up with my iTunes for continued integration with all my offline music listening. And again, all this is free.

And now it’s even better (even though the name is ridiculous). A month ago, Google announced an expansion of this service, and it’s called (take a deep breath): Google Play Music All Access. Basically, what it is is the above Google Music thing that I described (now called “Google Music Standard”), plus a Spotify-like element built-in.
END_OF_DOCUMENT_TOKEN_TO_BE_REPLACED

UPDATE: I wrote a follow-up piece to this protest that might be worth your time if you care about this issue.

As many people know (especially in the circles that read this blog), today is the official “blackout day” for many sites in protest of two proposed bills before Congress: the Stop Online Piracy Act (SOPA) and the Protect IP Act (PIPA). They are each supposed to be attempts to address the problems of piracy and copyright infringement on the web.

First, let’s be clear. Most of the people opposing these bills are not trying to protect piracy and illegal activities. These are problems, to be sure. Those opposing these bills are merely saying that there are much better and much more specific ways to do this. The bills, as currently written are so broad in their scope and definitions, that most any website, and most every individual who currently casually uses the internet will at some point be guilty of the felonies spoken to in this bill. I am not exaggerating. I am not talking in extremes to scare people. (It almost makes one think the bills were intentionally written that way. They are also weighed down with a lot of political corruption.)

This is serious. Why?

Supporters of the bill are painting those that oppose it as merely reacting to the general idea of the bills rather than the “substance” of them. This is false. You may have heard that that the sponsors of the bill recently struck the “DNS blocking” provisions from the bills. This is not even close to the scariest part of the legislation. It is the very substance of it that is the scariest. I would really beg each of you to read the following few articles to get educated on the specifics of these bills, what’s wrong with them, and what to do something about it.

Write your Representatives in Congress

If you go to the Wikipedia (English) homepage, for just today, you’ll see it’s blacked out in protest of the bills. If you input your zip code, you can find your representatives in Congress and convenient links to email or call them. Below, you will find the email I wrote to my Representatives and Senators (my senators’ emails are currently down due to heavy traffic. I’m hoping that’s a good sign). Feel free to use it as a template if you like. If you get this when Wikipedia’s tool is not available, you can also find your representatives at the House website and the Senate website. Please act!
END_OF_DOCUMENT_TOKEN_TO_BE_REPLACED

[Sorry, previous version of this got cut off and I didn’t know it]

I know, I know.  I shouldn’t.  But I do.  I trust Google.  Really.  They are a great company that gives great products for free and really seems to care about their customers.  Yes, it is creepy they know so much about me, but their mission statement is akin to “we want to organize the world’s information.”  To do that wonderful, good, and noble task, one needs resources.  For Google, that’s advertising, and I feel that the information they know about me is a means to an end rather than some weird technoglomeration scheme to take over the world.

That’s why I didn’t have a problem with Google’s plan to scan the world’s books and post them online (and searchable).  God knows how many times I’ve been reading a book and have longed to press the non-existent “Ctrl + F” function to just look for a keyword.  Also, I’ve hated Amazon’s posturing of themselves as a future monopoly of the ever growing market of E-Book readers.  With proprietary formats, proprietary hardware, and a proprietary means of distribution, Amazon is fixing to rape the publishing industry of all that is left making it a worthy venture.

That’s why they’re scared and have joined other companies like Yahoo in a lawsuit against Google, to prevent them from creating a digital library of all the world’s books, most of which would be downloadable for free in formats that most other e-Book readers can in fact use (but the Kindle cannot).  So, in short, Google wants to exert huge resources to provide us with both incredible access to information and to save Capitalism as we know it in the literary world.

But, in the wrangling over this deal, a judge has indefinitely postponed the settlement of the issue.  I really want to see this deal go through.  It is just such an incredible opportunity for us on every level.  What has stoked my passion over this?

…if the settlement dies, it will be researchers, not Google, who will be hurt. It’s unlikely that anyone else will take on a money-losing project to scan millions of low-value volumes. If the Justice Department pushes too hard now, one day we’ll be asking, “Who lost Book Search?”… A delivery system for books that few people want is not a business one builds for financial reasons. Over history, such projects are usually built not by the market but by mad emperors. No bean counter would have approved the Library of Alexandria or the Taj Mahal…[So] if you want to put Google in its place, the book project is the wrong way to do so…To punish Google by killing Book Search would be like punishing Andrew Carnegie by blowing up Carnegie Hall.

In short, we have an opportunity to build the new Library of Alexandria; except this time, it is a searchable, downloadable, bigger, and more comprehensive library that will be available to children, the poor, the third world, the rural, the scholar, researcher, and the like. As the article says, historically, projects like this are more the product of crazy geniuses than government intervention. It should be done. It should be supported. And it should be done now.

Do I think this little blog post will save Google Book search? No. But I’m just doing my part to hopefully change one or two people’s minds, maybe inspire someone else to right a blog post or talk to their friends, or perhaps just cause a conversation that might be the proverbial butterfly flutter helping to bring about a hurricane we all will ultimately benefit from.