“I must confess that over the last few years I have been gravely disappointed with the white moderate. I have almost reached the regrettable conclusion that the Negro’s great stumbling block in the stride toward freedom is not the White Citizen’s Council-er or the Ku Klux Klanner, but the white moderate who is more devoted to ‘order’ than to justice; who prefers a negative peace which is the absence of tension to a positive peace which is the presence of justice; who constantly says ‘I agree with you in the goal you seek, but I can’t agree with your methods of direct action;’ who paternalistically feels he can set the timetable for another man’s freedom; who lives by the myth of time and who constantly advises the Negro to wait until a ‘more convenient season.’ Shallow understanding from people of goodwill is more frustrating than absolute misunderstanding from people of ill will. Lukewarm acceptance is much more bewildering than outright rejection.”
– Martin Luther King, Jr. 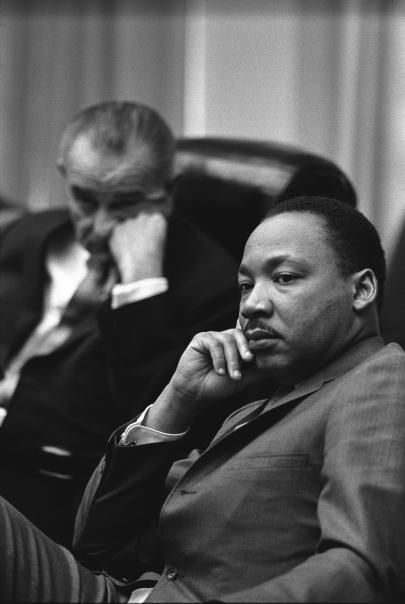 I recently re-watched Selma, the movie about the Civil Rights Marches in Selma, Alabama led by Martin Luther King, Jr. I really, really love this movie. Watching it again, I couldn’t help but notice some powerful dynamics in how faith is represented in the film.

It was directed by Ava Duvernay, who, with this movie, became the first black female director to ever be nominated for an Academy Award. I don’t like artist analysis in approaching a work, as I think a piece of art should stand on its own regardless of its creator. But at times, after the fact, it can illuminate some aspects. And indeed, in looking into Duvernay’s background, I found that she is a very helpful symbol for the spiritual place many in our society find themselves.

She grew up in Compton, in the midst of many of the structural, generational, and long-standing effects of political and economic segregation, disempowerment, and white privilege. She went to an all-girls Catholic high school where, no doubt, she received a very robust religious education.

And yet, now, as she made this film about a man whose legacy is built on acts flowing from his religious convictions, when Rolling Stone asked her, “Are you religious yourself?”, she responded with, “No, not religious. But I love God.”

This, I think, captures well the dynamic of a film like Selma in our day-and-age, when it comes to the relationship between faith and culture. Let me be clear: the film is not in the least hostile to faith. This is not some Christian cultural martyrdom post. The film powerfully depicts the religious tenor and foundation of King’s movement.
END_OF_DOCUMENT_TOKEN_TO_BE_REPLACED