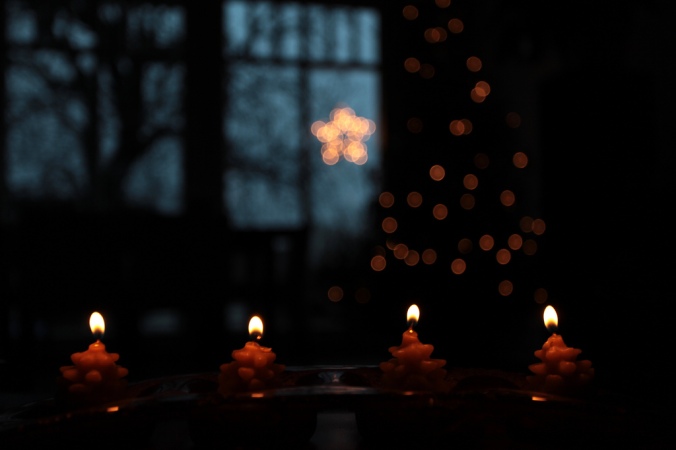 This Advent, we’re meditating on the idea of Hope by looking at quotes from Christians and talking about what they might say about our Advent Hope.

These little lights act as temporary illuminations that can help the Christian to look and move more properly towards that which they can only point to, but which in their proper time and place can in fact actually represent to us!

Because the Christian hopes for the Last Day, for the eternal year, he hopes for the next day and the new year, from which, whatever they may bring, he can always expect at least new indications of the coming of Jesus Christ.”

Read those words again. Slowly. We need these words, especially this year. As predators of consumerism, terrorism, pseudo-fascism, jingoism, escapism, and liberal idealism lie in wait to consume our souls, we need a light in the darkness. We need something to hold on to.

END_OF_DOCUMENT_TOKEN_TO_BE_REPLACED

It’s been a long time since I’ve been immersed in Southern Evangelicalism where a certain brand of interpreting world events looms large. I grew up in the Bible Belt, where Saddam Hussein, Desert Storm, the fall of the USSR, the growing rise of Israeli nationalism, and “slipping societal morals” were all “signs” of the “end times” or “the last days”. I sat through youth group meetings where our senior pastor would talk about how the book of Daniel had coded prophecies about nuclear weapons in space.

(Being in high school, I saw no problem with him making that argument by saying that the book’s “original language” uses the Greek word dynamos from which we get the word “dynamite”; it was only later that it clicked for me that Daniel is written in Hebrew and Aramaic, not Greek.)

Moving to the Northeast, the bastion of mainline Christianity; and attending two different seminaries from traditions very different from this prophecy-interpreting one, I was under the false impression that this whole game of interpreting current events in apocalyptic ways was rightly losing steam.

But then, this past week, the tragedy of ISIS (or the so-called “Islamic State”) beheading 21 Egyptian Coptic Christians happened. I first found out on Facebook, when I saw a procession of ancient Christian articulations of mourning filling my news feed. “Come, Lord, Jesus.” “Lord, have mercy.” “Kyrie Eleison.” I, myself speechless, decided also to lean heavily on old words from our Christian family to find comfort and express lament.

Not everyone went this way, though. After these initial responses, my Facebook and Twitter feeds began to fill with phrases and out-of-context Bible verses that I hadn’t seen in years. People were posting blog posts and verses all of which were trying to say that these deaths amounted to some unique act of “global Christian persecution” that was somehow emblematic of the world’s “last days” or “end times”.

Today I’d like to offer a seven reasons why this is wrong-headed and unhelpful:
END_OF_DOCUMENT_TOKEN_TO_BE_REPLACED 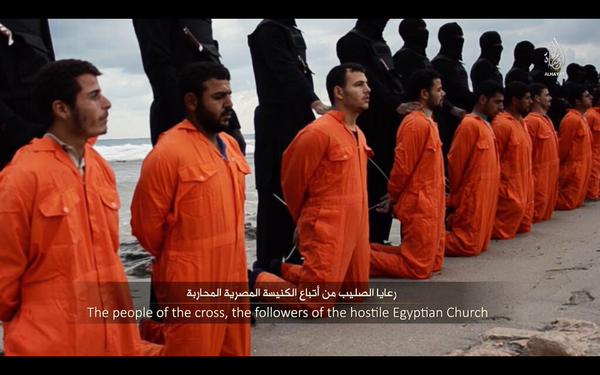 Yesterday, shortly after WG’s ended at The Bridge, news broke of ISIS releasing a video in which 21 Egyptian Christians – scornfully called “the people of the Cross” by the terrorists  – were marched to a secluded beach and savagely beheaded by men in black masks. After huddling our little family around the computer to talk about it, I was going to write a post. But sometimes a horror is so deep it’s best to place your hand over your mouth, unchain the Bible, and let it speak for itself…

Indeed, the hour is coming when whoever kills you will think he is offering service to God.  – John 16:2

Also I saw the souls of those who had been beheaded for the testimony of Jesus and for the word of God… They came to life and reigned with Christ for a thousand years.  – Revelation 20:4

Indeed, all who desire to live a godly life…

U.S. foreign policy as it pertains to ISIS should reflect the reality of what ISIS is: a social movement for which the best course for absolute defeat is a “bottom-up” approach, rather than just “top-down”.

On Monday, the Supreme Court gave a shocking decision to not rule on gay marriage decisions in five states. Some could see this as a defeat for gay marriage, prolonging the costs and time it takes to move the process forward state-by-state.

On the other hand, though, most commentators and gay marriage proponents saw this as giving tacit approval to gay marriage by the Court. And in fact, this does seem to be the case. Unlike most other Supreme Court decisions, it doesn’t take a majority for the Court to agree to hear a case–it only takes four votes. This means that at least a super-majority of the justices did not feel the need to provide oversight to the decisions.

And this is important to remember. The Supreme Court is not intended to be a court in the usual sense. It is an appeals court. It oversees the federal appeals courts’ decisions and only acts when they think the appeals courts are either contradicting one another or are going in an extremely wrong direction. In other words, they are there to clarify when there’s ambiguity, not create out of thin air.
END_OF_DOCUMENT_TOKEN_TO_BE_REPLACED

Well, it’s been a good long while since I’ve posted a Reading List for you all to enjoy–too long, in fact. These were some of my favorite things I read this week. What were some of yours?

In defense of creationists | The Week
Michael Brendan Dougherty

I referenced this at the end of my post yesterday, but this is a stunningly beautiful piece that wrestles with humanizing those that frustrate us the most in the Christian family. A must-read for sure.

END_OF_DOCUMENT_TOKEN_TO_BE_REPLACED 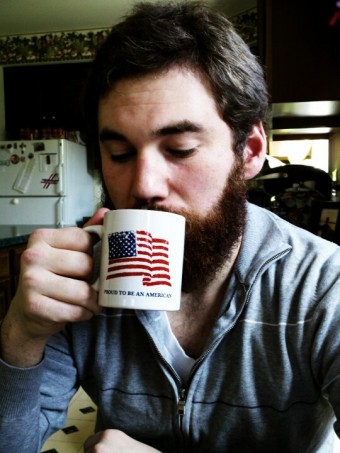 Perusing around, I ran across this response to an article by Dana Milbank from 2003 on the anniversary of 9/11. The article originally appeared in The Washongton Post, but I could only find it at this odd site. Here, the commenter offers a summary of the article and an opinion:

This article is about recent comments President Bush made recently on expanding the Patriot Act of 2001.  These are surprising comments due to the fact that the Patriot Act is already one of the most controversial Acts ever passed by Congress.  The act extremely expanded federal police powers by severely restricting the civil liberties of terrorism suspects.  Under the act, federal officers need less than ever before to find “just cause” in apprehending, detaining, and punishing those accused of terrorist acts.  The “Patriot 2” as it has been dubbed, would contain clauses allowing for the issuance of subpoenas without grand juries, holding of suspects without bail, and the pursuance of the death penalty in a broader spectrum of cases, still involving murder.  Many politicians are telling the media that the Bush administration is trying to fight sudden “Anti-Patriot Act” feelings by going on the offensive: Talking of expanding the original Patriot Act.

In my opinion, the comments made by Bush were so logical and fair.  As a strong supporter of the original Patriot Act, I see nothing wrong with Bush asking Congress to give federal officers the exact same powers to apprehend terror suspects as they do to apprehend embezzlers or drug traffickers.  Many of the politicians are also putting these negative feelings on John Ashcroft, when he has apparently been doing an incredible job.  Ever since September 11th, there has not been a single other terrorist attack on American soil.  In my opinion, he needs to be given the ability to continue whatever he is doing.

The person that wrote this was me. I wrote it over 10 years ago as an assignment for my High School AP Government class, where we had to read and respond to current event articles.

If you have ever stumbled on any political post on this blog (after 2007 or so), you know that I am not of this same mind at all. In fact, this was my “one-issue” that determined my Presidential vote this year. (Hopefully, you can also see that my writing has somewhat improved–yikes!). Shortly after this was written, I sat deciding on whether to go to a large urban university or Liberty University. My decision was made when my dad told me that he thought I “grew better in thorny soil”. That’s where I went, and that’s what molded me.

So let this be an encouragement that neither the environment you’re raised in nor the zeal with which you hold an opinion can close you off from change and growth. Always keep your mind open, pursue knowledge, and doubt your doubts. And spend some time in thorny soil. Happy New Year!

Last week, I wrote up a post with several short and random items just listed out with some thoughts brought up by the NSA Surveillance leaks. I had a few ideas that I forgot to put in last time (and it would have made the post too long anyway), so here they are.

Egypt. Firstly, in the midst of continuing NSA leaks, and even the Director of National Intelligence admitting he lied under oath to Congress, is it wrong of me to be a little frustrated at Egypt right now? I mean, they’re taking up all of the news cycle coverage. Can’t we get a little time for a Constitutional crisis here? Stop stealing the spotlight.

(You too, Snowden, although I know it’s not all your fault.)

Law vs. Constitution. This is one I forgot to say last week. Everyone keeps wanting to stress that these surveillance and wiretapping programs were legal and law-abiding; that Congress and the Judiciary were fully aware of it.

Well, I already mentioned last week about the Judciary part of this, but as far as Congress goes, they’re right–it is indeed legal for the Executive branch to have been doing this stuff. But, there are two caveats to that.
END_OF_DOCUMENT_TOKEN_TO_BE_REPLACED

This week, as I compiled my favorite reads for the week, I realized nearly all of them were from the New York Times. I found these on different days, at different times, and had no idea that I kept bookmarking the same site over and over again. But still, all of them are very different and I encourage you to peruse, read, ponder, and post your thoughts!

Instead of Student Loans, Investing in Futures | NYTimes.com

Ever since the financial crisis hit, I’ve been so intrigued by other economic models for getting things done. This article follows one idea when it comes to funding higher education. And it really seems to work. I also love that this particular idea was not dreamt up by nor financed by the government.

END_OF_DOCUMENT_TOKEN_TO_BE_REPLACED 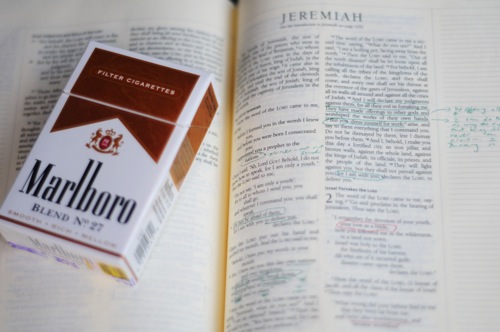 As promised, this week’s weekly must-reads tend towards the theological. We do have some political “leftovers” from last week that you all should find interesting. So, as usual, read to your heart’s content and please comment and let me know what you think about these!

Fascinating and oh-so-brief introduction to a whole new way of looking at the gospel, politics, and the church. Wow.

Wow. Simply wow. Such a beautiful and powerful piece of writing on the mercy of God in his forsaking of us. Did not expect this from Christianity Today (front page, no less!).

END_OF_DOCUMENT_TOKEN_TO_BE_REPLACED

This week’s weekly must-reads contain some links to articles I was reading a couple of weeks ago but didn’t end up doing one of these reading lists in order to share. They include articles on singleness, economics, foreign policy and art. I hope you find these intriguing, thought provoking, and discussion-causing. As usual, feel free to add your own links for myself and others to read in the comments section, as well as comment on these articles.

I know this is a few weeks old, but it’s amazing and I wasn’t able to post it when it came out. It’s a beautiful, substantive article on the necessity of weakness, sin, and failure in our search for civility and grace.  Anybody know the religious leanings of David Brooks?